What has S&OP ever done for us? The role of the CEO 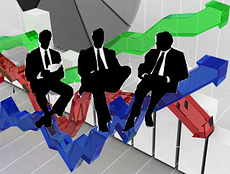 We have started a debate about S&OP - “What has S&OP ever done for us?”.  Our protagonists are REGINALD, the CEO of a multinational FMCG company and JACEK the new Head of Supply Chain Development at the same company.  Both do not believe that S&OP is really necessary but for different reasons.  MIKE (myself) is the Moderator.

I would like to Welcome Anne to the debate.  Anne is the CEO of a multinational brewing group and has her own S&OP experience.

MIKE (MODERATOR): I would like to welcome Anne to our debate. First let me start with a recap.  Reginald does not believe that S&OP is really necessary as it hasn’t produced any tangible benefits to date.  Jacek shares the same view but for a more technical reason - companies without S&OP are more flexible in their supply chain planning and can respond quickly to customer demand.  Implicit in Jacek’s view is that such companies have an integrated ERP system, well defined supply chain processes including responsiveness to order capture, and people capable of using them.  Is that a good summary?

REGINALD (CEO): but Jacek has described an ideal world with no regard to local disagreements between departments ...

MIKE (MODERATOR): OK, but in summary have I captured your views?

MIKE (MODERATOR): OK let’s continue.  I would like to invite Anne to share some of her experience with S&OP.  Anne has read the blogs.  Anne?

ANNE (CEO): Thank you.  Well I am afraid that I disagree with Reginald & Jacek.  In my experience S&OP has proved invaluable in running a business.  And whilst I agree in most part with Jacek’s technical analysis, I believe that S&OP can successfully coexist with an integrated supply chain.

REGINALD (CEO): Invaluable?  Well it hasn’t done much for our organisation so far.

ANNE (CEO): Let me ask a question Reginald.  I read about your annual meeting.  What do other people think of S&OP at your company?

REGINALD (CEO): Views vary.  Some like it. Some don’t.

ANNE (CEO): And what do they think about the bosses view about S&OP?

REGINALD (CEO): I run an open company.  People know about my scepticism.

ANNE (CEO): And how often do you attend the S&OP meeting?

REGINALD (CEO): I believe in delegation. The S&OP meeting is run by our Supply Chain Director.  And to answer your question, I attend occasionally.

ANNE (CEO): With respect, Reginald, I believe that is one of the reasons that S&OP is not working for you.  S&OP is not just about supply chain.  It is about the entire business.  For example, you cannot ask the Head of Supply Chain to chair a debate between Sales and the factory about how much we planned to sell and how long we will be out of stock on certain SKUs.

REGINALD (CEO): Debate? All out war if last month is anything to go by.

ANNE (CEO): Precisely. And during the last war, what did you do?

ANNE (CEO): Attended by whom?

REGINALD (CEO): Sales Director, Supply Chain Director, Head of Planning, Head of Forecasting.  And a few others with laptops.

ANNE (CEO): And there was an argument about the forecast being inaccurate, too much stock of some SKUs & not enough of others ....

REGINALD (CEO): And the rest. And it was the same the month before last.

ANNE (CEO): What you probably had was an escalated version of a pre-S&OP meeting.  And I’ll bet that you came to some kind of agreement in the end after “heads were knocked together”.

REGINALD (CEO): Well yes. We did. But it happens every other month ...

JACEK (Head SC Dev): That’s because our processes are wrong and not aligned to our ERP system ...

ANNE (CEO): And it’s also because S&OP is not respected in your organisation.

REGINALD (CEO): What do you mean respected?

ANNE (CEO): You cannot expect S&OP to be taken seriously in your company if you do not take it seriously.  And taking it seriously includes chairing the S&OP meeting ...

ANNE (CEO): Yes chairing. And chairing every meeting. You are the boss.  Sales and costs are ultimately your responsibility.  S&OP is about optimising cost and service within the business.  The buck stops with you.

REGINALD (CEO): And what about all of this so called Integrated Supply Chain Planning? Where does that fit in?

JACEK (Head SC Dev):  The standard S&OP approach does not use or even ‘tolerate’ the dynamic, ‘fresh’ incoming data from order capture, for example, that promotes supply chain responsiveness within integrated supply chain planning ....

ANNE (CEO): I have read what Jacek had to say & believe that he makes a series of very good points.  If you have a new ERP system, then use it properly.  It sounds like you need to redesign your supply chain planning processes.  Once that is done and people are trained – I include your customers and suppliers here - integrated supply chain planning and S&OP can go hand in hand.  As the processes starts to work properly and ERP begins to deliver what it is designed to deliver, the nature of S&OP will change.

REGINALD (CEO): S&OP will change? How?

ANNE (CEO):  Yes S&OP will change. It will probably need to be highly structured and disciplined to start with.  Then as the process and systems begin to deliver and people start to believe in the information being produced, the S&OP process can become less rigid.  Eventually it may even serve as an operational and supply chain review and improvement forum.

ANNE (CEO): In any event, it sounds like you need to start off with a relaunch of S&OP. You need to reassert your operational authority on the business. S&OP can be just the platform you need.

MIKE (MODERATOR): Is that the silence of acceptance?

REGINALD (CEO): No. It is the silence of me thinking.

REGINALD (CEO): Does that mean that if I go to S&OP meetings, everything will eventually be all right?

ANNE (CEO): Of course not. But leading, really leading an S&OP process is a good start for any CEO.

JACEK (Head SC Dev): I still think that S&OP can get in the way.

ANNE (CEO): But Jacek, have you ever seen it work in the way that I have described?  That is in a ‘light touch’ consensus process that supports supply chain and operational processes and that is supported by ERP?

JACEK (Head SC Dev):  And I thought that I was dreaming.

MIKE (MODERATOR): That’s it for now folks. Thank you.

What are your thoughts?

As I mentioned in a previous blog, this series is based on nearly 20 years of supply chain experience as a consultant who has witnessed similar debates. My view? Call me Anne?

I’d welcome experience from other people.