What has S&OP ever done for us?

Inspired by Monty Python’s film “Life of Brian” ... What have the Romans ever done for us?  And one of our consultants .....

"What has S&OP ever done for us?

Silence fell in the room; that uncomfortable silence with nervous body movement and avoidance of eye contact.

“Well, it gave us structure to our supply chain operations” said a rather quite voice from the back of the room. 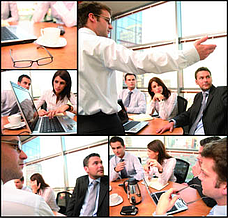 “The supply chain is more organised than it used to be”, he continued.  “But apart from more structure to our supply chain operations, what has S&OP ever done for this company?”.

“What about KPIs & the new Balanced Scorecard”, said the lady on the second row.  “before S&OP we didn’t really have a way of measuring things” continued, Sally, the Head of Quality Assurance.  “you can’t improve, what you don’t measure ....”, as she warmed to a theme encouraged by nods from colleagues.

“Fair enough”, Reginald responded. “KPIs have made a difference”, he continued, “ but apart from more structure to our supply chain operations and KPIs, what has S&OP ever done for this company?”.

“One set of numbers”, a rather confident sounding IT Director added.  “If it wasn’t for S&OP, we would still be all over the place with data ... remember when we had all of those spread sheets, three sales forecasts.  It was because of the S&OP programme ..”

“It has transformed operations”, Derrick, the IT Director interrupted.  Embarrassed by his apparent insolence, he paused.

And was saved from a new silence by Reginald.

“OK, but apart from more structure to our supply chain operations, KPIs, and one set of numbers, what has S&OP ever done for us?”

“CONSENSUS.  For the first time we have a process to sort out the arguments. We can now have a grown-up debate every month to agree a sales forecast that represents reality, a production plan that has half a chance of producing the right stock to support the forecast and inventory that customers actually want”.

William, the Head of Supply Chain had found his voice.  And his right hand as he thumped the desk in support of his own argument.  It was he who had sponsored the S&OP programme.  Not everyone supported it.  Indeed, it was implemented in the face of indifference and obstruction.  Maybe, just maybe ...

There was no more awkward silence.  It had been replaced by whispers.  Whispers of approval.  More nodding of heads.  The volume increased.

“Listen, I am not saying that S&OP is a bad thing.”  Reginald tried to regain authority.

“What I am saying is that apart from more structure to our supply chain operations, KPIs, one set of numbers and consensus, what has S&OP ever really done for us?”

Now there was a different silence.  The silence of defiance.  Until from the back of the room, and this time anonymously, came

“If you turned up to the monthly S&OP meeting, you would realise just how much S&OP has done for this company”.

However, Reginald had a supporter. For at the back of the room, sat Jacek, the new Head of Supply Chain Development.  Jacek had spotted an opportunity when he joined the company. He knew that the new S&OP processes would be a step in the right direction. But has also knew that far more was possible.

If only Reginald knew about Integrated Supply Chain Planning ....

What is your S&OP experience? 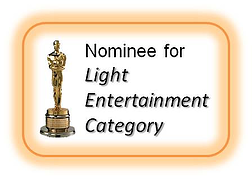