Once upon a time there was an FMCG company that I will refer to as “Foresight”. “Foresight” had spent many years and many Euros creating an acknowledged slick Supply Chain.

With all those important boxes ticked they must be successful…..but they were not; not even close. In their peer group they were not number 1 and top & bottom line growth was getting harder and harder. Throw in an untimely and lengthy recession and the consumption of their product range plummeted – double digit style. A significant FMCG business and quite a few personal reputations were not looking pretty.

The problem was a surprising lack of focus on the customer end of the Supply Chain. Both International Key Accounts (IKA) and the Traditional Trade (TT) were being poorly serviced.

A lot of hard work upstream was being wasted through inefficiency and frankly, ignorance. The situation had existed for a number of years but as the same malaise was common in the industry nobody could see the benefit or indeed the need for “getting ones act together”. “Last amongst equals” was hardly a motivating and compelling business proposition for an international big name player.

Seeking external expert assistance “Foresight” started out on an adventure that would change the way they approached business at the customer end of the chain.

Customer Service.   This was something “Foresight” thought it was already good at providing but critical aspects were lacking:

This hardly projected an image of a caring “Foresight” and this was a huge risk considering the increasing power of the retailers….

Route To Market (RTM). “This is under control for TT and it seems to work”, however RTM was in the Sales black box and that box needed opening and shaking up and down vigorously! 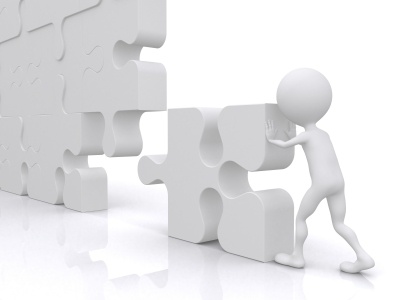 cures were not simple or quick but they were effective and the payback was fast and sustained. What happened?

The cures were not simple or quick but they were effective and the payback was fast and sustained. What happened?

“Foresight” now operates a centralised Customer Service department looking after customer needs in a standardised and caring manner. Phone calls are answered by someone who wants to help and the customer is not passed from pillar to post trying to find someone interested in their problem. Retailers now see CS staff face to face as they proactively take steps to understand the needs of both sides of the partnership. The Retailer office was once “sales only” and off bounds to other departments but not now and the benefit is clear and significant.

In RTM, “Foresight” carried out a comprehensive assessment of their distributor network making evaluations of all aspects of each distributor’s organisation. The strengths and weaknesses of each partner are now known and understood. “Foresight” now knows where there is receiver capacity to take more responsibility and a leading role in market deployment. Similarly, they also know to tread carefully with a number of distributors who are struggling financially or simply not equipped to meet expectations. “Foresight” efforts are now focused on those areas, providing maximum opportunity and reward. The “one size fits all” approach has gone and distributors are managed as individual and important partners.

In combination these changes have transformed the business and success has been quick to materialise.  “Foresight” enjoys a leading position in its sector while competitors scrap around trying to find growth that is there but they cannot reach.

For “Foresight” at least, they really are able to live happily ever after!