I regularly see headlines about how much the IKA sector has suffered in the recession. Expansion plans curtailed; fewer stores opening; CEE not a boom town now etc etc. The ongoing recession has delayed the onward march of the IKA and I think that is actually a good opportunity especially for TT and consumers. 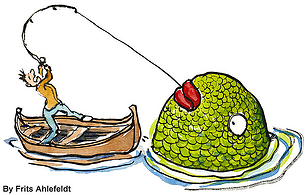 to be a top priority for the major players in FMCG markets. There product ranges and sku offerings are inevitably skewed towards the modern shopper who can take a bus or car ride to one of the sprawling “shopping cities”. By focusing on the upper end of the market producers and retailers are not tapping into a huge potential market which certainly aspires to modern attitudes even if in reality this is some way off. Producers appear to be saying “when you have some money then let me know and I’ll think about you”.

Certainly, in western European countries IKA in out of town shopping centres have almost seen off the smaller retailers or Traditional Trade (TT). However, as you travel east into CEE and beyond into Middle East you find that while IKA are firmly established there remains a significant proportion of TT business. The poorer infrastructure and continued reliance on subsistence agriculture eastwards in Europe means there are many millions of consumers who have never set foot in a Carrefour or Tesco or Asda. The critical population mass needed to support IKA’s outside of the larger cities suggests this is unlikely to change very soon. So how do the big name producers get closer to this untapped market which will one day understand and value brand loyalty and awareness?

Indeed some retailers appear to be getting the message and they are making significant changes to business models in order to capture the rural Rouble or the rustic RON. Mega Image, part of the Delhaize group has recently announced the opening of a Shop & Go concept. A similar approach has been adopted by an entrepreneur in Romania who expects to quickly develop a network of fixed and mobile outlets.

These approaches fill the void where the IKA cannot or will not tread. Ok, fair enough that might be for sound financial reasons but what about the producers? Will they adapt their offerings to fit into the local models? Not immediately that is for sure as most of them need the turning space and time of an aircraft carrier to change direction.

The answer for retailers may well be seen in the innovative Route To Market links above. For producers it is not rocket science either and to a certain degree they will already have resources deployed behind the TT sector. The problem is that this support rarely receives the attention and importance it deserves. Producers who spend just a little time and attention on their Route To Market strategies for TT will benefit from rapid paybacks in terms or real increases in sales and profits and perhaps most importantly, they sow the seeds of brand awareness and loyalty to untapped millions of consumers.

Give it a try; you will actually squeeze some growth out of Traditional Trade! 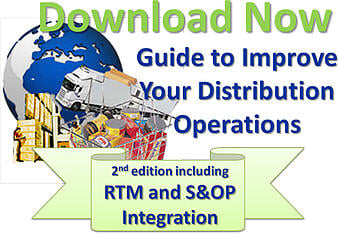