FMCG Supply Chains – What are the most important roles?

I am often asked which job in the extended Supply Chain is the most important. For FMCG producers this may be the demand planner while for retail partners the key role could be innovation planning. I do have a view on this so park the question and read on.

I was in Tunis recently in the final few days before the eid holidays celebrations commenced. At just about every traffic junction farmers were selling sheep and goats for the upcoming big family feast that is a very important part of the local culture. Possibly incongruous when surrounded by so much soon to be red meat, I was eating a delightful fish lunch when I studied a temporary pen containing about 100 sheep and goats.

I noted how straw and other feed was being offered to each of the animals almost on a personal basis. Normally, farmers would drop a bale of straw or hay and leave the flock to fight it out on who gets the largest share and who goes hungry. Not here; each animal was encouraged to eat, eat and eat again. Why would they be so generous?

With the sheep sold by weight it was a cheap way to increase income. A kilogram of hay and feed costs a lot less than a kg of lamb!

I didn’t think I had seen this trick before then I remembered I had and it was much closer to home. If you are ever lucky enough to visit the Danube Delta in Romania then on the road back towards Bucharest you will see men and women stand up at the side of the road and outstretch their arms. This is not a weird salute to the Village People but it seeks to tell you they have very large fish available for sale.

You have floated on the Danube and probably seen many fish so why not buy some fresh local samples to cook at home in Bucharest or wherever your destination may be? Good prices too but more often than not you will find your fish has been stuffed full with stones. When you buy by weight you are paying for stones at the price of quality fish.

Ok, so if you don’t live in Romania or visit countries celebrating eid you may not have seen this cunning slight. Hold on! Yes, you have. This same is happening in virtually every country and I can almost guarantee you have been on the receiving end.

When I was younger I remember my mother buying fruit and vegetables from a little green van driven by a fellow Tranmere Rovers fan, Mr Talbot. Mr Talbot would weigh the requested fruit and veg in an old fashioned scale that had a detachable bowl. The contents of the bowl would then be poured into whatever bag was available. You wanted a kilo (well, 2.2 pounds at the time) of potatoes and that is exactly what you received in return for your hard earned. 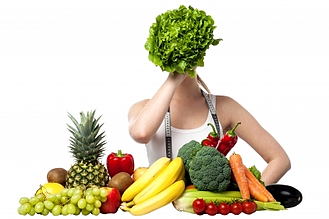 Today of course, supermarkets provide rolls and rolls of bags for you in which to collect your fruit and vegetables and then weigh the contents............ and the bag. I know, it is a small bag but you are paying for the bag at the price of the items you have purchased.

I used my local medium sized supermarket for a one off survey. Their bags weigh a surprising 1.5g but even so if you are buying potatoes at 0.15 Euro cents a kilo you are not losing much to plastic. However, if your tastes include lemon grass at 15 Euros a kilo then it starts to get significant.

My local shop tells me they use 1400 bags on a typical day so if there is a run on expensive stuff like lemon grass – I know, highly unlikely – then they are selling 2.1kg of bag at a price of 15 Euros per kg. A quick search of the internet shows that the most expensive purchase would be something called hop shoots which retail at a staggering 1000 Euro per kilo. Now that would be on expensive poly bag. I wonder how many bags are "sold" across the globe each day?

So at least one part of the original question now has an answer. The most important role in a retail supermarket Supply Chain is the person who makes sure those hard to open bags are always available. Having no bags makes it difficult to buy any loose fruit and veg while having bags is a real money earner!