Barcelona won the Champions League finally quite easily and to actually hear Sir Alex say something like “they gave us a good hiding” was refreshing. Messi was far from untidy and several Barcelona players looked head and shoulders above their Manchester United counterparts. They simply had better individuals and a better team. Of course, having the most expensive individuals does not always guarantee the best team – case in point, Manchester City.

So which team reflects your Supply Chain? 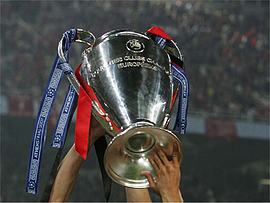 Is it Manchester United? A very strong team and some very good players but critically, less than Barcelona. On Saturday they seemed sadly lacking in the plan area. As in any business there comes a time to rotate and replace some staff to refresh the team and team approach. They have had splendid careers but it is now time for Scholes and Giggs to hand in their jerseys. The Man U deliver skills are at least equal to Barcelona’s but planning and logistics were woeful.

Is it Arsenal? Another season without a trophy, though. Wenger tries to gradually develop a very young team and has made few changes to his department in recent years. While this team is developing others are getting ahead and being successful. If you stand still in Supply Chain or football someone will take advantage and overtake you. Also, you have to be honest with yourself by measuring KPI’s and holding your hands up when you make a mistake. Wenger sometime fails to see the most obvious fouls by his players but sees everything inflicted in the opposite direction.

Is it Manchester City? Man C will play in the Champions League next year for the first time. Seemingly unlimited wealth has forced together a group of disparate people. In fact, I struggle to name one player who “came through the ranks” and is actually from Manchester. If they can develop some kind of cohesive team spirit that rises above the money-funded egotism then they could be successful. They need a degree of managerial stability (i.e. unlike Chelsea), however. The head of “Supply Chain” in all teams so far has been allowed time to build, make mistakes and then improve again. How long will Mancini get?

Or is it Accrington Stanley? "Who are they? Exactly!"