When I used to spend far too much of my life flying around the globe I did my best to avoid cabin chat with fellow passengers. That may sound a bit miserable but I just needed some sleep before arriving at the next FMCG supply chain challenge.

I still prefer to strap in with a hand wrapped around an old Cockburn’s port (in business class) or a plastic cup of wine from godknowswhere in cattle class and sleep until touchdown. My record sleep was non-stop from Kuala Lumpur to London when the air crew checked I was actually breathing every few hours.

Even then there were some travellers who obviously needed their chat fix to relax and they were persistent. This led me to design a range of responses to the inevitable “what do you do?” enquiry that would leave the chat ball squarely in their court and keep it there!  My top five “stop the chat” responses were:

If they persisted I would look them deeply in the eyes and say: 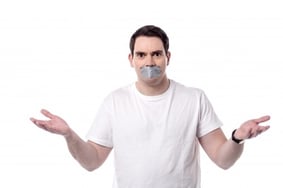 The temptation to do this in business must be avoided as discussion and debate are of course vital for success.  Nevertheless, the wrong question at the wrong time in the wrong tone can hide issues and keep them hidden until lasting damage is done. When questioning is consistently about what went badly you seldom hear what really did go wrong only what the “accused” is willing to reveal without exposing themselves or colleagues.

To stem the tide of accusative questioning in an IBP/S&OP meeting try a different approach and see how colleagues react. Throw in a few of these questions/requests to get the chat ball freely bouncing back and forth and avoid the what went wrong/who did wrong interrogation.

When you see scores very close to the objective or what is actually possible given the constraints of your supply chain then change the approach. Tease out a little more performance rather than stopping the chat ball dead in its tracks.

Image courtesy of stockimages at freedigitalphotos.net