FMCG ERP Selection: Road to success or road to ruin?

I know this will not impress Jeremy Clarkson – and why would I want to? - but my first car was a Renault 5. I realise this is possibly only 2 steps up from a classic Citroen 2CV which Jasper Carrott likened to an upturned corrugated crab on wheels. My beauty was in a very shiny bronze colour or polished brown if you are being unkind. Inevitably it was my pride and joy even though it was not very high up on the list of “chick-magnet” vehicles. 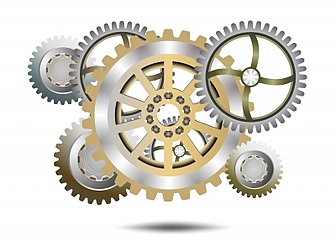 The top speed was just over three figures but that was probably downhill and without anyone else or anything in the car. After some time I realised I could actually move the car without using the engine as the floor had corroded so you could see the road. Only a minor glitch however, but it made tight parking easier.

Many years and many cars later I was presented with a choice of two vehicles; a nearly new Volvo XC 90 – yes, JC has one - or a ten year old Toyota Land Cruiser. The Volvo was very sleek and swish with all sorts of standard and added extras but to be honest I did not need many of them. The Toyota had seen over 200,000km and looked a little tired inside but the engine was one of the best they ever made.

For normal road driving the Volvo won hands-down due to the fresh, soft suspension and automatic 4WD which coped with what passes for roads in parts of Voluntari – take note Dl Primaria. However, when the snow appeared in the expected large quantities the Volvo could not make it up the road to the house. Irrelevant in the UK but here in Romania this is a significant factor for as sure as it will rain in UK in summer it will snow heavily in these parts come winter time.

So, inevitably the Toyota won the contest and is now 14 years old and approaching 300,000km. In any event I was always rather embarrassed when the fleet controller loudly asked me to release the Volvo for a service as he insisted on mispronouncing the car brand by swapping an “a” for the “o” at the end of the word.

All the technical specification data was pushing me towards the Volvo but when push came to shove I chose the car I knew could do the job and not the one everyone else thought could do a similar job. Similar jobs by definition are not the same.

This brings me to the sight of an FMCG CEO sitting with head in hands wishing she still had her old ERP instead of the new software which everyone said was wonderful and if everyone was buying,  then this must be true. The new ERP may have had electrically heated seats or internal climate control or even a voice activated sound system but it simply did not do the job that was required.

When making an expensive ERP decision be cautious and ask lots of questions and then ask them again. Is the ERP what you need or is it what the guy in front of you wants to sell? If you are not thorough in your evaluation you will end up with something that hinders not helps your business and this can take years from which to recover.