Once upon a time I was working in a well-known detergent powder factory in the north of England. The factory manger at the time will remain nameless but he had a habit of dragging people from the production floor to show off the latest gadget or new techy thing in his office. Bearing in mind this was a long time ago this would include the unveiling of a push button telephone or a Dictaphone with a mini cassette tape or computer that would actually fit under the desk.

One day he surpassed himself by dragging me along to his office to see the new spy-hole that had been fitted to his door. In isolation this sounds a boring distraction but he already had a vertical rectangular window on one side of the door and the glass was clear, 2-way stuff!  You could imagine tapping on his door and waiting while he peered through the spy-hole and if he did not wish to see you at that time he would walk back to his desk in full view of the person knocking. Trigger from Only Fools & Horses comes to mind. 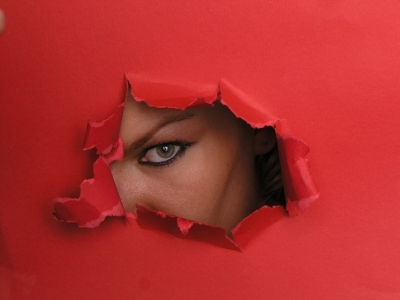 While that really is just a little bit weird you could argue that it is actually fully transparent behaviour in that an audience was considered but rejected. There was no hiding behind a door without a window or behind a formidable secretary and this leads me on to the week’s topic in the wonderful world of Supply Chain and it concerns the choice and use of KPIs.

You need to measure performance and the KPIs should be selected to gauge reality and promote continuous improvement. As improvement materialises there is nothing wrong with changing KPIs to suit the new environment nor is it wrong to raise the bar. Conversely, if your business is struggling then a set of “intensive care “KPIs would be more appropriate.

What is certainly wrong is to measure negative KPIs where the only outcome is a blame-storming session. In many FMCG businesses there still exits a desire to allocate blame over KPI performance rather than collectively seek improvement and mutual success. This “proving people wrong” over “proving people right” is extremely damaging and reflects a very immature business and one far from success.

Certainly, you need to measure performance in areas of weakness, e.g. forecast accuracy, but how you deal with the information is what defines the board dynamics and ultimately company performance. If CEOs manage by fear and ridicule then you are likely to generate a rock solid silo-based bottom protection mentality which wastes time and effort looking backwards.

If you are continually looking forwards with or without a dodgy spy-hole then you are in with a chance of beating the competition rather than beating yourself.