Flying stopped being fun a long time ago. To travel even the shortest distance you have to check hours before the flight and then you seem to queue endlessly until you arrive at your destination.

Security checks demand your coat, shoes, belt, false limbs are removed and your PC is taken out of the bag and then you awkwardly put it all back on and in. I tried to speed up my security experience by wearing exactly 6 pieces of clothing and not carrying any metal but I still got beeped for a prod with the security sausage by a man whose similarity to Elton John was far too close for my liking.

Of all the nasties airlines do to passengers the worst has to be the tannoy announcement that Mr. X, Y and Z are delaying the departure of the flight. You then see 3 suits with ties flapping and faces reddening due to far too much hand luggage and too many “free” sandwiches in the business lounge, walk-running to the gate. They are physically man-handled on board and the doors slammed shut before the plane spends the next 2 hours sitting on the tarmac waiting for a slot.

Airlines know this is going to happen but they still do it and then roll out the apology announcements. Of course, now all the other passengers think the trinity of unfit businessmen is the cause of the delay and sit muttering behind newspapers and the rip off duty free magazine.

When I travel alone I do not communicate unless I really have to and when trapped on a plane the last thing I seek is a chat with the passenger next to me. I was once sitting on the tarmac waiting for a “slot” when the lady next to me asked me if I was going to the Hypertension Conference! What an opening gambit for a conversation with a stranger? I don’t recall answering verbally as my face may have indicated that I was going to said conference but seeking treatment, not speaking. 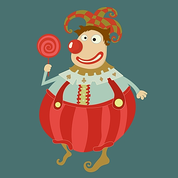 Notwithstanding the above chat-up line, such 7A to 7B discussions are all about the same topics. Where are you going? Where do you live? Have you been before etc, etc? My last 7A to 7B conversation was with a very boring FMCG man on the steaming tarmac at Doha. I finally asked if he wanted to hear any Supply Chain jokes, as it is easy to offend people in the Middle East if you start off on a Les Dawson Mother-in-Law theme. You cannot upset anyone with a Supply Chain joke, can you?

I kicked off with the build up to a joke about Sales & Operational Planning (S&OP) and was immediately interrupted by the man smiling and saying “you should be careful as I am a Salesman”. My reply of “ok, don’t worry, I will tell it really, really slowly” didn’t go down too well but at least it drew the conversation to a quick closure, job done.

Getting some sales people 100% on board with S&OP is like trying to get non-alcoholic beer into my refrigerator. The door simply will not open.

Image courtesy of boulemonademoon at freedigitalphotos.net