I don’t know why I looked this up now but I did. Do you remember the Icelandic volcano that erupted in 2010 and caused so much havoc to supply chains in and around Europe? Most people do as they were affected in some way either in professional or personal life. Outside of Iceland, I expect few people had heard of the location and even fewer could pronounce it – Eyjafjallajökull – well worth 406 points in Scrabble.

Do you know how much ash and other debris was propelled skywards from the Eyjafjallajökull volcano in the first 3 days?  The best estimate indicates a mammoth 140 million cubic metres (180,000,000 cu yards) which erupted at a rate of 75 tonnes per second – thanks Wiki. Think about it for a second or two. That is enormous. Try and picture about 100 pallets of Persil washing powder being propelled into the air every single second for some considerable time and staying airborne!

If matter cannot be created or destroyed, what replaced this? Is Iceland actually sitting on a structure that looks like a giant Malteser chocolate which may give way at any time? I think we should be told. Mastermind’s Magnus Magnusson would have told us wout a hint of a "pass".

And now to my supply chain related volcano comparison. On a much less destructive level the month, quarter, year-end sales push in FMCG, Pharma and Brewing places unwanted stock in the market which disrupts supply chains and can severely destabilise companies. Don't say it doe snot happen; you know it does. When so much unwanted stock explodes into the market place – usually the last few days of the month - this causes a number of related problems and not least, forecast accuracy collapse:

Like my Icelandic Malteser proposition, at the period end you have thrown so much unwanted stuff into the market that nobody needs or wants and it hangs around for ages. What is left behind is uncertainty and certainly not very pleasant.

You can only get away with a “head in sand/ash”  push strategy for so long until your business is paralysed and badly damaged and this can take years from which to recover. Next time you are asked to approve a last minute loading don’t say “pass” say “no”. 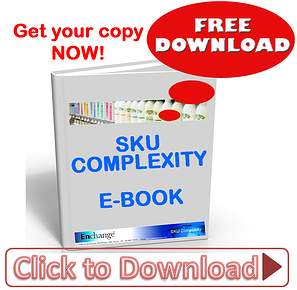