I have two recent stories to tell.

Recently I was chatting to a Senior Executive in a mobile telecommunications company. We first met about a decade ago when he was the Supply Chain Director for an FMCG multinational in Kenya. 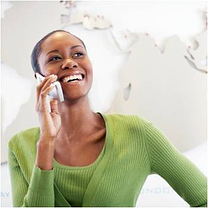 To paraphrase, it could be summed up in one of his expressions "The energy is great. But I could do without the chaos."

This compares to the relatively stable and predictable working life he remembered from his previous FMCG position.

I should also mention that one of the reasons for this ‘stability’ was that Enchange had implemented S&OP in the FMCG company – that is how we first met.

I continued “Have you ever thought of implementing S&OP in your mobile telecoms company?”

“S&OP in mobile telecoms?  Does it work?”

I have just returned from DRC (Democratic Republic of Congo) and met up with a former client manager - she now works for Enchange as a consultant.

In her previous position she was an operational manager and worked on an S&OP project that Enchange implemented in the company. It was a mobile telecoms business.

I asked her if the project had delivered the results that were expected and the extent to which the change had been sustained.

Her reply was revealing.

“Everybody was sceptical at the time the project was implemented. However it ended up transforming (her word, not mine) the way the business was run.”

I asked her to explain. The key difference was that consensus and order had over time replaced bitter argument and chaos.  However, the energy of a new and growing business remained.

“We got the best of both worlds”.

And the moral is?

I mentioned this story to the Senior Telecoms Executive.

Having not even considered S&OP, we are now actively discussing how S&OP could work in his new company – a mobile telecoms business.