FMCG: Will retailing the Amazon way see off the discounters?

Romania has not yet bought into online FMCG supermarket retailing in a big way. There have been some trials, tribulations and a few errors but online retailing here is this nothing like on the scale seen in UK, for example. As a tourist in Birmingham recently I awoke early due to the 2 hour time difference and decided on some breakfast retail therapy to pass the time.

Firstly, I had to negotiate the huge queue of students (going out or coming in?) and high-visibility vested workers waiting patiently for a very early dose of bakery products. Pizza slice, omelette in a bread bun and sausage rolls for breakfast? Aaaagggghhhh! There is even a Gregg’s loyalty rewards programme.

Anyway, avoiding the admittedly tempting smell of warm savoury dough I entered the large store of one of the UK’s dwindling retail giants. I say dwindling as Aldi and Lidl continue to erode their business base at a seemingly unstoppable pace. Being early in the day there were few shoppers around but the activity in the store was high due to the number of employees dashing about with trollies and scanners making up online orders.

Some moved frantically like Edward Scissorhands fulfilling orders at top speed while others dawdled along as if browsing in a shoe shop to avoid the rain. Do they assemble more than one order at a time or is it strictly a sort of online retail FIFO? What was clear was the appalling route planning.

Of all people, shop employees should now where all the products are displayed. Yes, the retailers do chop and change to try and trick us into spending longer instore and buying stuff we didn’t actually come in for but such changes are relatively infrequent. So why did these order pickers move around the store floor like balls in a faulty pinball machine? 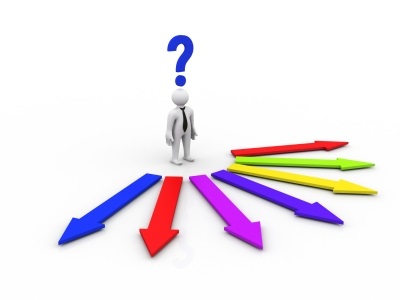 Repeated returns were made to the same aisles to collect and scan further items for their orders. “Time is money“ and in this case time was what was being wasted. You may argue that the home deliveries all have time slots so rapid assembly is not vital but you could offer more slots to consumers or dare I say it, reduce the number of pickers employed.

As online shopping increases these huge outlets are potentially transforming into warehouses where the only activity is stock put-away and order picking. This may be on a smaller scale than by pallet load or case picking in a Distribution Centre but the exact same priority principles apply, i.e. ensure your know where the stock sits and that fast movers are readily available for rapid picking and order assembly. Maybe the retailers could learn a few things from logistics companies which will help to stem the discounter tide.

How far could we develop this approach? Are we likely to see any retailer go down the Amazon route where everything is online and consumers and retailers never the twain shall meet? Probably not but while in this flux between old fashioned aisle surfing by consumers and faceless fulfillment, the retailers may as well put a bit more thought into their order picking and assembly processes.

With that in mind I will just log onto GetGreggs.com (you saw it first here) and get a sausage & bean melt and a toffee finger doughnut delivered, now!

Image courtesy of jscreationzs at freedigitalphotos.net