FMCG Supply Chains - For Whom the Bell Tolls in Romania?

We hadn’t seen R. in the last three years.  Now this happened in the middle of the street and after the kisses and hugs, the usual ‘how do you do’ followed. People were pushing us angrily, a clear sign that we had to continue this conversation elsewhere, in a quiet place. And so we did. R. visited us the next day to give us the big news.

“I have decided to move in France!” The was not a big surprise as most Romanians learn from  childhood that one of the best things that can happen to them is the opportunity to leave the country. For some reason, I didn’t imagine R. was part of that category. That's because R. had a solid, local family business. Also, she was  living in a beautiful house, a true architectural masterpiece and her family’s heritage, full of valuable art.

On top of that, the house was located in a quiet area, but just few metres away from the city, near the old church – which was itself a beautiful piece of national patrimony.  Clearly, moving was not an easy decision.  “Well, the church is the problem. In fact, we have a new priest. And this new priest installed a new bell which is more powerful than the old one. There was no authorisation for this new bell and it is just a few meters from my bedroom. Every morning I wake up I feel electrocuted! I cannot stand it!” 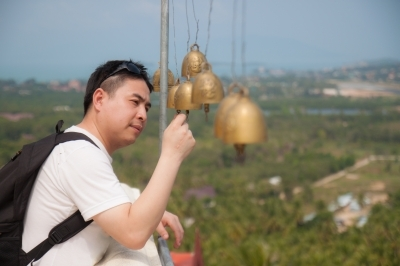 “Well, did you complain or try to talk to the priest?” Do you think only once? He said he will never talk to a woman. I measured the level of noise pollution with the local H&S officials four times. The result was 120 dB compared with the limit of 50 dB allowed in residential areas. Eventually, I had to sue him. So we went to court but do you want to hear the final decision? The bell is OK. That's because for centuries, the Romanian people used the bells to signal the approach of invaders. This bell is needed in case of an air attack so does not need the neighbours’ permission, nobody needs to agree on the construction plans and everything is fine. This is the Municipality and the court’s final decision!”

I know, this story is absurd. It has a lot of local charm, has a bitter taste at the end but unfortunately it is very true. So what does it have in common with Supply Chain principles? My friend R. hit the nail on the head by saying: “I want to be treated like a client, their (local authorities) client, who pays the taxes and receives a good product in return. I want to witness the respect for the law, the respect that I’m a woman, the respect that I’m a citizen”.

Well, from a Supply Chain perspective, R. was clearly the client but the bureaucrats did not understand that and this is indeed a problem.

To know very well who your clients are and give them what they want - this is a basic Supply Chain rule. And we miss that so much in Romania, in the entire society. If you don’t believe that, just turn on the TV, ride a taxi or listen to the politicians.

Do you believe we can introduce Supply Chain educational programs in primary school? Yes, I know the answer. It was just a joke J! But what about educating the Romanian companies in the value of Supply Chain departments and Customer Service? Maybe it is not too late.

Image courtesy of taoti at freedigitalphotos.net