Supply Chain : When a bicycle is better than a Mercedes.

The summer of 2004. It was 3 weeks after I had changed the job and the company. It was  a new (Supply Chain) position in an FMCG company with many people speaking native French. At that time, the mayor of Bucharest- the future Romanian president established almost overnight what the companies called at the time "blockade of Bucharest”. All trucks over 5 tonnes were not allowed to enter into Bucharest during day light.

Do you remember the time? Food spoiled on the ring road because drivers had consumed their diesel, stocks blocking the warehouses and sales plummeted dramatically. For a few weeks it was a total mess. After a while things calmed down and zones A, B, C were created in Bucharest each with appropriate entry fees. Something which Paris, Vienna, London had taken a few years to set up we made in Bucharest in a few weeks. Our style, obviously.

At the beginning things got out of control and no one knew what to do.  In Romania, politicians “defended the people from the noise and pollution made ​​by multinational companies” (I quote from the mayor’s answer to my humble attempt to make known the situation). Eventually they realised that people became nervous and probably hungry if they do not find milk and bread at the corner store.

“Why the Logistics and Sales people cannot collaborate?” - Asked my GM in a board meeting in which I was replacing my boss.  "Do not bother me unless the warehouse is on fire” said my French boss before taking his annual leave. And because the warehouse did not catch fire, on the contrary, it was blocked with merchandise up to the ceiling, I had to answer something to my GM. Well,  I tried to say something about the SCOR principles, about how bad integrated were the departments and a possible internal SLA -  but people looked angrily at me as obviously I was wasting their time. 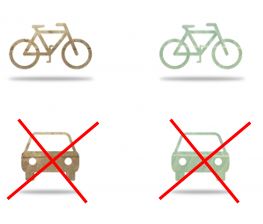 The GM saved me then, God bless him, he translated my complicated supply chain jargon into something very simple: I can understand that , Ahaa- to  organise a meeting between sales and logistics. Let`s call it VELO  (from the french Ventes et Logistique)! "

Yes, this is how VELO was born. The first version of an SLA between Sales and Logistics. The document:  one page off 2 reciprocally asked  indicators, 5 by Sales and 5 by Logistics. From what I know, it still operates successfully in that company. The power of VELO is huge. Often, a VELO is worth more than S&OP, it was proven to me on many occasions. When that happens? Usually, when S&OP is transformed into a long line of endless discussions without targets other than getting signatures on useless piece of paper. Or simply when S&OP is not known, you are under pressure and have to do something for your organisation.

A Supply Chain is strong as long as it is integrated. The problem with that is this integration is not simply possible to be achieved overnight. The vast majority of companies in Romania that I know have made real progress in integration with suppliers and customers, but still neglect internal integration. This is another important reason why S&OP fails:  lack of supervision from the GM as the power of dissolution coming from various the departments is huge. It is the famous "silo mentality" that manages to impose its strength. "I'm right" is the priority instead of profit and turnover.

S&OP, with all its simplicity, is also expensive. Obviously it can be very efficient, as efficient as a Mercedes engine: purring smoothly while the vehicle takes you to your destination, and your indicators panel (KPI`s obviously) keeps you in control.

Just remember, on bad Romanian roads, sometimes it is simply not worth it to drive a Mercedes!  If your company departments struggle bitterly between each other, you are driving on a damaged road (the dimension of the hole is proportional to the long e-mails’ which people exchange in your organisation when blaming each other)...

Then it's time to think a bicycle (VELO) can be more effective than a Mercedes!