I have travelled quite a lot over the years and tried to add one new country each year until I stumbled at 45. Many were holidays but a majority were on business with very few opportunities available to actually see the place. “Oh, you must be so lucky to travel” – not. During the hundreds of flights taken I have seen some very unusual things aboard aircraft. 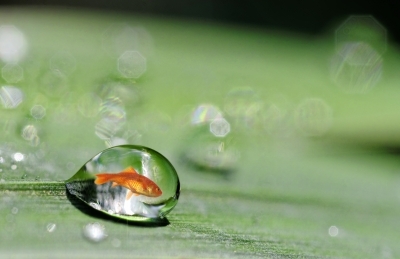 On one flight in the Middle East the passenger in the business class seat next to me was a hooded falcon. Taking a flight out of Kuala Lumpur I soon realised I was the passenger list and that is a rather spooky situation when you are in a deserted Boeing 747 – service was ok, though. My most frightening experience was seeing man carry a blister pack of craft knives on board!

More recently, I scanned surrounding passengers in that dull period on a 3 hour flight after the inedible food had been consumed and before the hopeful sale of duty free items to see a young girl holding a small, clear plastic bag with a live goldfish inside. How does that happen in these security conscious days? I suppose if the amount of liquid was less than 100ml it could qualify as “safe” to carry on but what if the fish was not really a fish........? Would the fish need a pat-down search? What would be the scale of the risk .....groan.

When you are trying to secure the safety of hundreds of passengers on a plane and potentially on the ground you really do need a set of strict and consistent rules as if one airport drops its guard something significant could be missed.

Similarly, when you are running an FMCG or Pharmaceutical S&OP you need a set of consistent and widely understood rules and measures to get the best out of the process. Ok, so the implications of bending the rules are not usually life threatening in this context but getting this wrong can certainly bring your career to halt and make those nice bonus payments few and far between.

If you stick to these rules you will be successful and I have now seen this achieved in many disparate environments leading to improved top and bottom lines. No, it is not rocket science but sticking to the rules can make your sales rocket.

Image courtesy of Dan at freedigitalphotos.net