I spent Easter in UK suffering the bitter cold, visiting the heiress and once more watching Tranmere Rovers lose live. Whether on TV or in person I have not seen them win for several years now so I am developing a jinx complex. This season they have actually played well but since the management team was awarded  extended contracts they have been on a downwards trend. I think there is a link.

While up north we stayed in a budget hotel of the type where you risk breaking the room window when putting the key in the lock. Nothing to complain about really as the place was clean and in the right location. From our no-frills lodging we could see a posh looking hotel across the road and it was from there sustenance was sought. The Italian restaurant looked interesting and vibrant so we sat in search of a plate of pasta pampering. 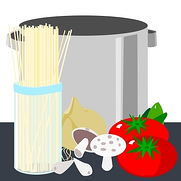 Choices made and the dishes arrived reasonably quickly but equally rapid was the change in Senior Managements face after tasting the pasta. With due respect to that super student food that is Pot Noodle, the expensive pasta did not even reach that standard. The pasta maintained the shape of the pot it was “cooked” in and was extremely chewy. Add this to a dry and unappealing mix that was supposed to be sauce and madam was not at all happy. A dry sauce?

I then did something that could see my British passport revoked. I fully expect to feel a border control hand on my shoulder next time I walk through the green channel at Heathrow. When a waitress asked if everything was ok, I said “no”! Really, I said no rather than the usual stiff upper lip retort of “yes, fine thank you very much”. I think the waitress was more shocked than I as she grappled with a totally unexpected negative response. Her expression really was one of “I have no information on that”.

So, after experiencing Stodgy & ‘Orrible Pasta (i.e. S&OP - collective groan, thank you) I thought how lack of communication wastes huge amounts of time and money in FMCG, Brewing and Pharma businesses. This is not about people being honest but it is about being up front with timely relevant information. For example, think how much better your S&OP process could be if everyone turned up at the various meetings armed with the right knowledge and data to put some real momentum behind the company’s plans. No hidden agendas, no private scores to settle just plain speaking of the facts and agreement of associated actions which are then pursued.

If the required data is available and has been adequately studied before the meetings then you get a much slicker process and one that can provide an advantage over competitors who treat S&OP with lip service only. If you can generate a culture of real openness and polite directness within S&OP you are on to a sure winner. This would take some time to put in place but with careful and visible leadership from the top team table the chance of enhanced success in the mark-place would be within your grasp. Implementing an S&OP process in name only to tick a corporate “done” box is futile.

Get S&OP at the very top of your menu and don’t accept any complaints.

Image courtesy of debspoons at freedigitalphotos.net