FMCG S&OP Leadership: has it gone to the dogs?

If you live in or have visited Bucharest you may well have seen one or two stray dogs hanging around the city. Well, ok more than one or two but numbers have certainly decreased over the last couple of years. A proposal was made in 2010 to organise a proactive cull of stray dogs but a certain Brigitte Bardot was outraged and the plans went on the back-burner.

Where have all the dogs gone now? Some will have met their canine maker either naturally or under the encouragement of a Dacia Duster front wheel. One unnamed FMCG giant actually rounded up the dogs inhabiting their factory site, enticed them into a truck and shipped them off to Oradea - ‘tis true I tell you!  However, I believe most of them have relocated or have been relocated to where I live. 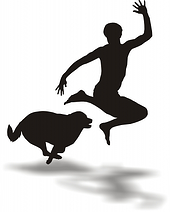 Yes, it’s Pipera. The land of traffic congestion, too many schools and dodgy politicians. There have always been a few dogs affiliated to various building sites around here but there are now a serious number of packs. The pack closest has amassed 20 drooling inbreds – no not British politicians – making a walk for our pet dog rather hazardous. Mr. Patch is half Jack Russell, half Mr. Bean and always up for a fight but I’m not.

The daily walk requires quite an armoury to avoid my legs becoming dog food, i.e. small baseball bat, high frequency noise maker, stones plus my revolving toy cap gun which seems most effective of all. The packs’ tactic is to hide away around a corner and when we appear they go completely crazy and start looking at each other until their commander, an aging Rottweiler gives some unseen signal and they charge.

With OAP Rottie at the front they present a frightening prospect for anyone not armed with my personal arsenal deterrent. A few bangs and flashes of the toy gun sees most yelp away and a quick blast on the high frequency scarer persuades the rest to retreat and re-group out of range. The same drama takes place as we return home and with the same result.

Yesterday, fully armed with weapons and dog I turned the corner expecting the outraged growling cacophony prior to the boss giving the signal to engage the enemy. Nothing! Not a word and not a movement as the dog pack simply sat and watched us walk on. Was it an ambush? Had they split into two groups to apply a pincer movement? This was all very strange and we carefully walked on sure in the knowledge that they must give chase.

Then it hit me. The Rottie was not there; AWOL. There was nobody there to bark the orders and activate an offensive movement. No dog to show the way forward. The rest of the pack simply did not know what to do or did not have the courage to make a move. They lay half asleep on the floor completely uninterested.

And that is why many S&OP implementations fail.