You could hear the groans around the room when the CEO announced to the company that they had decided to finally implement Sales & Operational Planning (S&OP). Enchange was asked to facilitate the implementation - no, they were not groaning at Enchange! The groaning was partly generated by previous failures at S&OP introduction and the misconception that S&OP means more work.

The previous attempts at implementation were not well structured with meetings having far too many attendees for decent debate and decision making. These mass meetings could take up a whole day and run into the next on occasions. A complete waste of time and resources and in this context you could understand why staff associated extra work with S&OP. 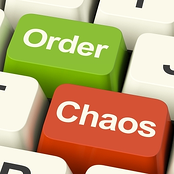 Meeting dynamics made the UK Prime Ministers Question Time look like a well behaved school for nuns under a vow of silence. All basic meetings within S&OP were crammed into one disorganised rabble of a meeting. A gang fight, a rugby scrum and January sales all rolled into one.

The Finance guy would ignore all protestations and insist the monthly forecast must be exactly equal to the volume and financial number in the annual plan. The planners would double guess demand as there was no forward forecast or reliable history. The marketing representative arrived late, left early and his contribution was miniscule - when an empty lift arrived at the floor the marketing guy stepped out! The salesman present did not really know why he was invited as he had nothing to do with supply and maintained a bemused frown that said “I’m a salesman, get me out of here!"

Introduction to a series of meetings with different objectives, data input/output requirements and actions was never going to be easy. Some heads needed banging together and some egos needed to be massaged but slowly but surely the semblance of a functional S&OP was ground out. Discrete meetings for demand and supply planning, NPD/innovation, Finance and pre-S&OP were inserted in diaries 12 months ahead and rolling. Meaningful minutes and actions were issued and blame-storming reduced as team members realised the value and purpose of S&OP.

The Board S&OP meeting was a short session where the decision makers helped the junior team overcome issues and challenges before one set of numbers were fixed and everybody worked towards the shared target.

The biggest revelation of this often painful implementation exercise? Work load DECREASED significantly as people worked more efficiently on what really mattered to the business and not what was best for their department or themselves.

Psst, note to CEO’s only – the company in question actually reduced staff and increased sales!