Senior Management has again flown off to UK to visit the heiress and attempt to single-handedly bring the UK retail economy out of recession. Look out for a blip in Birmingham when the Q4 figures are released as the plastic is in for vigorous exercise. Expect plenty of “that’ll do nicely madam” as wife and daughter shop ‘til they drop.

This leaves me home alone with only our mad dog Mr. Patch who is scared of the dark for company.  I do not expect to have to create any elaborate anti-burglar contraptions and anyway it is not snowing yet and it has to snow to be really home alone. Why were those Home Alone movies always set in a snowy winter and why was it always a boy left behind?

Senior Management has left me with a food plan for two weeks - a daily menu Excel spreadsheet specifying what I should eat, when and where to find the same. I made a reasonable start trying to follow this discipline but then came up against a common FMCG/Brewing business problem. The fresh vegetables I was supposed to have last night were not there. No, not a burglary or even a sneaky theft by a dexterous Mr. Patch on a vegetarian quest but quite simply I had already consumed them. 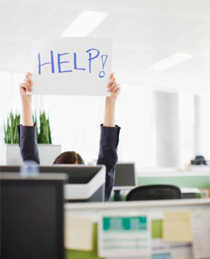 Either I had used too many in the days before or there was less there than senior management originally believed. The latter could never be the case so quite simply I had messed up the demand. The forecasted consumption had been exceeded without warning by more than the safety stock buffer. Supply was not equal to demand and there was consumer dissatisfaction!  No problem, I substituted with an aging packet of frozen peas. Not ideal and not what I wanted or was expecting but it will keep me going.

This poor forecasting experience was manageable but the next shortage was unexpected and harder to overcome. Somehow I had exhausted stocks of dog food and as it was in closed tins even mad Mr. Patch could not be the culprit. I was obviously being too generous and now had a hungry dog to feed. You try filling up a dog with a lettuce, leeks and a Linda McCartney Butternut Squash & Goats Cheese Tartlet.

Now I have to make an unscheduled food shopping visit to get the demand and supply back in line for human and hound.  Well, at least if Senior Management does not read this blog and  Mr. Patch does not grass me up I should get away with it! Your business might not be so fortunate to survive such poor demand forecasting.