Successful S&OP - Can Jack Bauer save the plan?

Previously on S&OP. The Demand Review has taken place. The Supply Review followed on time and a mutual understanding reached. Despite considerable challenges in securing a date in the diary for all the key players the Pre-S&OP happened without serious injury or argument.

The following happens in real time on the day of the company Board S&OP meeting.

09:00     The telephone rang on Chloe’s desk with a sound you only hear on 24 – der der duh der. Averting her eyes from only 1 of the 3 screens she is scanning Chloe takes the call and quickly her face adopts the trademark scowl. It’s Jack! There’s a gap and not only that but two sets of deadly numbers are circulating. This has to be stopped and quickly as the Consumer Trading Unit (CTU) Board S&OP meeting starts at 14:00.

10.00     Jack slid into the Sales Department unnoticed through the fire exit taking care to leave no trace of his movements. His target was Tony, the National Sales Manager and he was in Jack’s sights. Glancing quickly to one side Jack saw Tony was alone and carried out a low forward roll to reach Tony’s desk while only slightly bumping the water cooler and forcing an unplanned water gloop. The gloop went unnoticed by everyone in the office except Tony. Tony looked down and saw Jack was heavily armed – the minutes of the Pre-S&OP meeting which had been seen generous use of the yellow highlighter.

11:00     Chloe was busy multi-tasking on her three screens running multiple protocols to try and save the S&OP plan. Time was not on her side and her lip curled again as she realised Jack had left his mobile phone to charge on a stack of paper next to the photocopier and could not be contacted. There seemed no way of avoiding presenting the Board with two different plans. Chloe picked up her personal mobile and walked with as quick and precise steps as her skirt would allow to the warehouse area and the archive store in particular. Behind the 1997 CTU stock count files written in dust with UV sensitive inked finger was what she needed; the number to the communicator chip system embedded in Jack’s left elbow and wrist by the CIA. 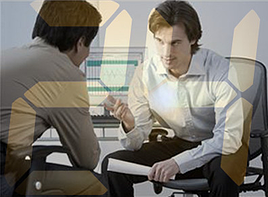 12:00     Jack unrolled the Pre-S&OP minutes and page by page showed Tony where clear agreement had been made on the plan for the following month. Tony was feeling the heat both from Jack and from his Sales team who were still complaining about low bonuses in the previous months. Sales still struggled to understand that S&OP was not just a Supply Chain issue. Reaching the last page of the minutes Jack fixed Tony with a cold stare glancing lower only once to take a quick peek at the strange little moustache Tony sported. Seeing the futility of standing in front of the Board with two very different plans, Tony relented and gave Jack his commitment to the single set of numbers.

13:00     Chloe need to know if Jack had been successful but with his mobile on charge and now the office landlines down she needed Jack's elbow to save the day. With shaking fingers Chloe tapped the elbow number into her personal mobile phone and pressed the green button.

Back with Tony, Jack felt something he had not experienced for many years. His left elbow suddenly tensed sending the conical cup of water he was holding shooting over his right shoulder. What a piece of luck! Jack’s elbow and wrist were now in exactly the right position to take Chloe’s call without attracting any undue attention. Knowing he might be compromised Chloe spoke briefly to convey that she could not stop the dual plan attack. With tension running high and the 14:00 deadline fast approaching Jack was able to tap out the Morse Code for “the Sales guys are toeing the line” into his elbow. Almost immediately, Jack heard Chloe’s muted celebratory shriek coming from his wrist.

14:00     The CTU Board assembled. Preferring to stand Jack gripped the back of the leather chair, took a trademark sideways glance and declared “Mr President. We have one agreed plan to meet the CTU target for next month. The S&OP process worked and consensus has been reached.”